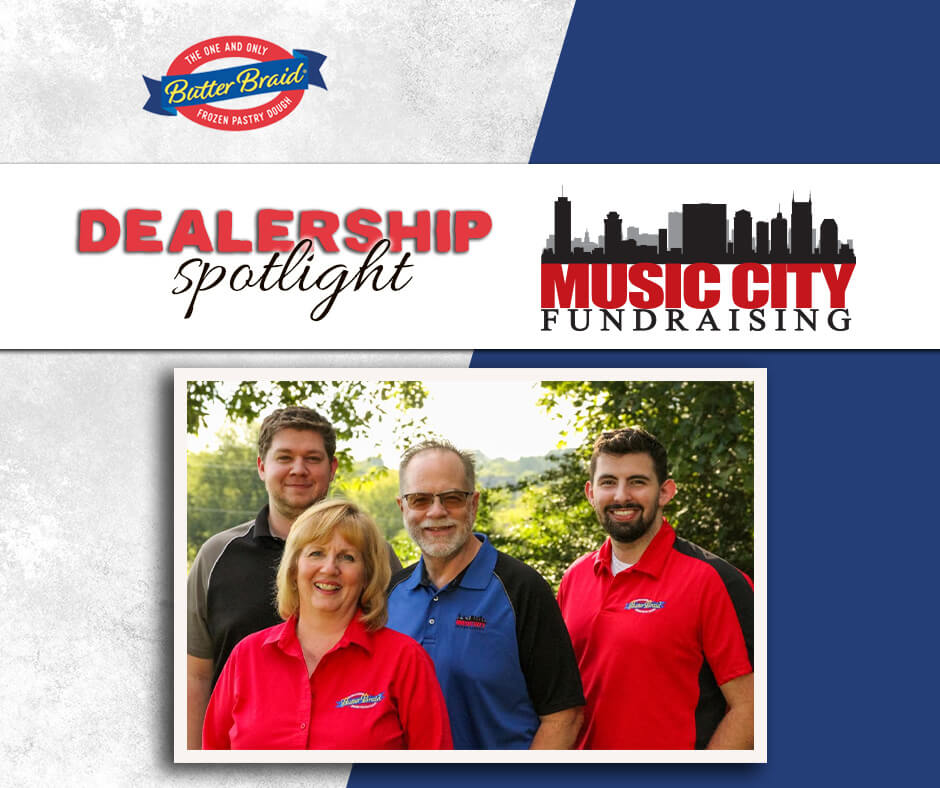 November is here and it brings with it the season of giving. It also brings a new “Dealership Spotlight” feature! This month we’re introducing you to Music City Fundraising in Tennessee. The owners, Kimberly and Dean Freeman, joined the Butter Braid® Fundraising team in 2009. The Freemans are known for going above and beyond to make their fundraising programs as stress-free as possible for their groups. You see, at Music City Fundraising, November is not the start of the season of giving because, for this dealership, the giving season never stops.

When asked about why they wanted to open a fundraising dealership, Kimberly Freeman said, “It all started with a Bavarian Crème Pastry.” A friend of Kimberly and Dean Freeman’s brought a Butter Braid Pastry to one of their Bible study gatherings. The two instantly fell in love with the product and never forgot how great it was.

Fast forward a few years, their daughter’s band was looking for a new fundraiser to help them raise money. Kimberly mentioned Butter Braid Pastries and their fundraising programs. The band asked if she would look into it for them. When she inquired about running a fundraiser, Kimberly found out there was no longer a dealership in the area. However, she did see note. It read, “Let us know if you’d be interested in opening your own dealership.”

For Kimberly and Dean, it all seemed too good to be true. To find out more about the opportunity, the two attended the annual dealer conference where Butter Braid Pastry dealership owners and representatives gather each year. The two asked as many questions as they could and got feedback from the current dealership owners. Kimberly and Dean wanted to know if these experienced professionals thought they would be a good addition to the Butter Braid Fundraising team. The answer was a resounding, “Yes!” That was the last push Kimberly and Dean needed to give a “yes” of their own. In July 2009, the Freemans opened Music City Fundraising in Franklin, Tennessee.

Since opening in 2009, Music City Fundraising has expanded their programs and operations to better serve fundraising groups in the area. The Freemans added two full time workers to the business in the last few years. Alex was brought on as a co-owner and works with sampling and deliveries, and Josh came on as an administrative assistant. Dean still manages the operations side of the business while Kimberly is in charge of the administrative side.

Kimberly and Dean love that their fundraising programs help make kids happy by giving them an opportunity to experience activities and trips they may have otherwise missed out on. They’re also pleased that they can do their part to take the stress off teachers and groups leaders by making the fundraising process as simple and easy as possible. Kimberly says the people they work with are some of the most amazing people you will ever meet. Year after year, Music City Fundraising partners with true pillars of the community. Some of them have even become close friends of the Freeman family.

There aren’t many causes that Music City Fundraising hasn’t helped raise funds for. Their groups have fundraised for trips to places like Pearl Harbor, France, and Haiti; for organizations like St. Jude, March of Dimes, Make-A-Wish, and Feeding America; and for great needs like new roofs, playground equipment, band instruments, lab equipment, and building funds. Since 2009, they’ve helped groups raise over $3 million.

Groups cannot get over just how easy it is to fundraise with Music City Fundraising. Todd A. from White County High School, says, “Butter Braid Pastries are high quality and sell very easily. Kimberly was professional and made the process very easy. Our choir sold many more pastries than expected. For the first time in four years, we were able to raise enough money for our uniforms in a single fundraiser. Thank you so much for your help!”

What Kimberly and Dean Want You to Know

For Kimberly and Dean, owning Music City Fundraising has been a blessing. The two truly love the business. They’ve made many lifelong friendships with other dealers, gotten to work with the most incredible groups of people, had the chance to offer high-quality products, and helped groups accomplish amazing things. Kimberly says, “There have been some frustrations and challenges along the way, but those times are always overshadowed by the abundance of good that has been heaped on our family. We’ve been so blessed, and we hope we’re also a blessing to those we work with. Here’s to many more years of being known as the Butter Braid Pastry people!”

The Butter Braid brand is fortunate to have a pair of dealership owners like Kimberly and Dean Freeman on our team. Their passion, dedication, and giving spirits are what make Music City Fundraising such a joy to work with, for us and for the fundraising groups that partner with them year after year. If you’re looking to run a fundraiser in the Tennessee area, reach out to the team at Music City Fundraising. They’ll have you rocking to a new fundraising beat in no time! 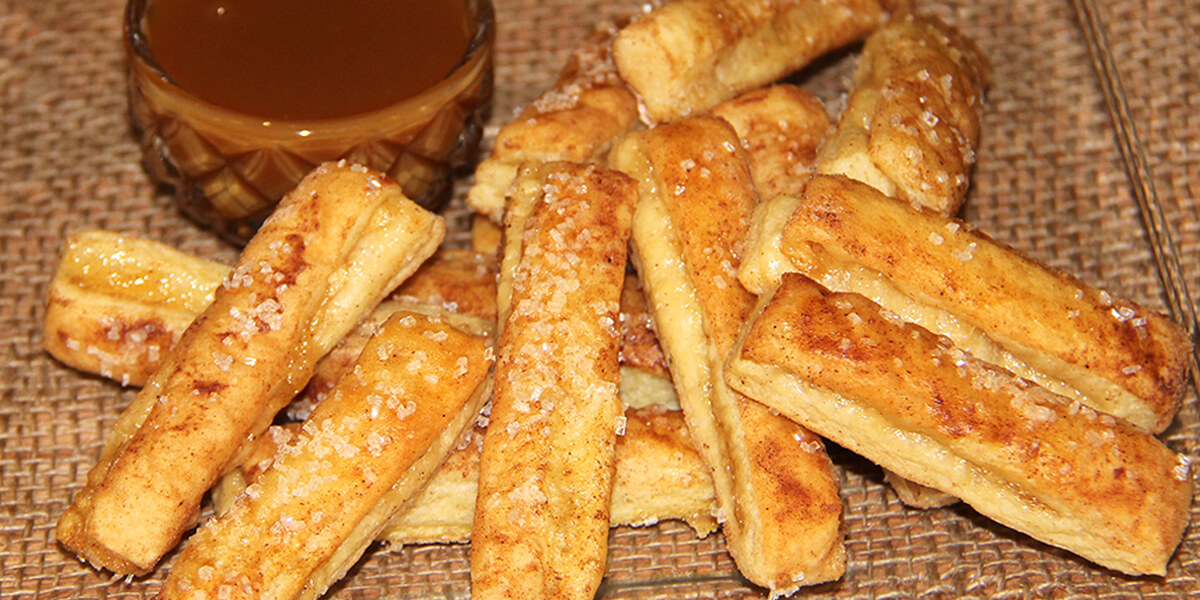 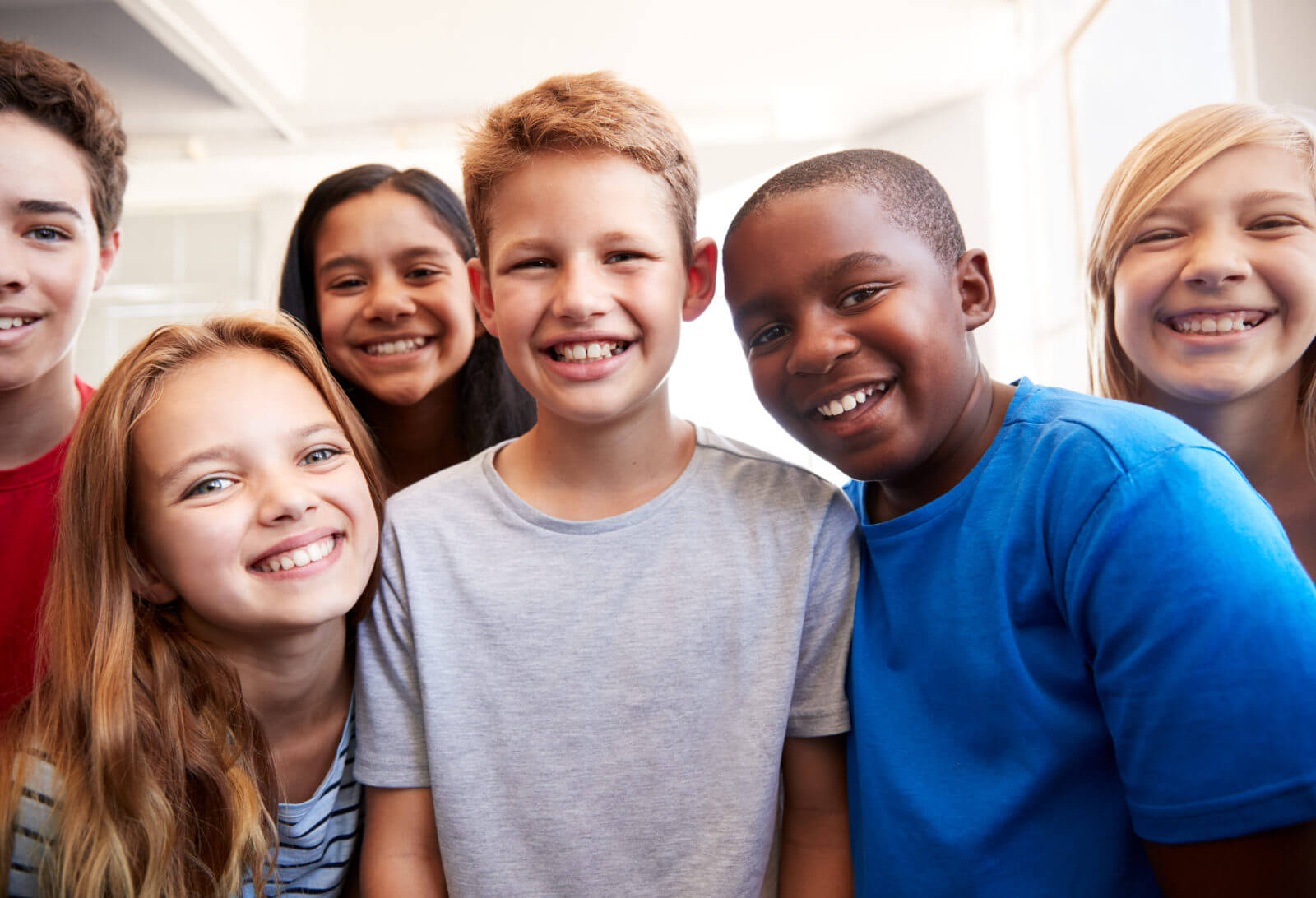 How Kids Benefit from Fundraising 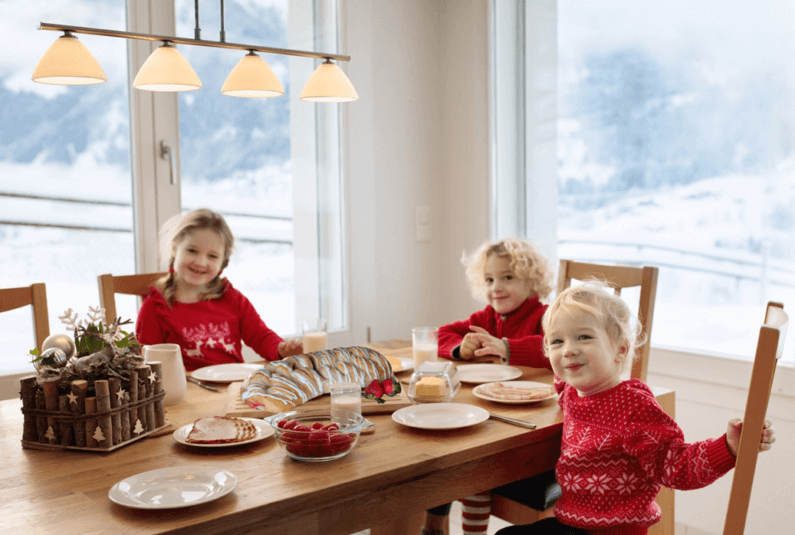